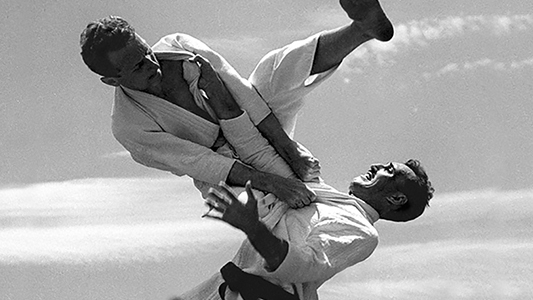 The words Jiu-Jitsu come from the Japanese words “Jū” and “Jutsu” which translate to “gentle” and “art”. Unlike a lot of other martial arts that focus heavily on strikes and kicks, Jiu-Jitsu utilises leverage, angles, pressure, and timing, to overcome and submit opponents.

Jiu-Jitsu often goes by a lot of different phrases and spellings as a result of the Japanese term Jūjutsu being translated differently through the years around the world and as people differentiate between different types of Jiu-Jitsu. While we see a lot of misspellings like jujitzu, jui jitsu and jui jitsue, there are actually differences between the 3 main ways of spelling it!

Two ways you will see are JuJutsu and Jiu-Jitsu. JuJutsu is used when referring to the traditional Japanese version, while Jiu-Jitsu is usually used when talking about the Brazilian variety as this way of spelling was popularised in Brazil. When talking about Brazilian Jiu-Jitsu (BJJ), you often see the term Gracie Jiu-Jitsu, referring to the Gracie family who founded it. The family continue to practise and spread the word of Brazilian Jiu-Jitsu, from Royce Gracie who proved its effectiveness in the first UFC events, to Rickson Gracie who is arguably the families most prolific mixed martial arts champion who competed in Vale Tudo and MMA events in Japan. The larger than life Renzo Gracie also had a successful MMA career with most of his wins coming via submission and who can forget 10 times World Champion Roger Gracie who is widely regarded as one of the greatest of all time!

There is also Ju-Jitsu or jujitsu, which is usually used for a more Westernised version of Jiu-Jitsu. These places tend to have moved away from a lot of the traditional Japanese ways, practices, and terminology. 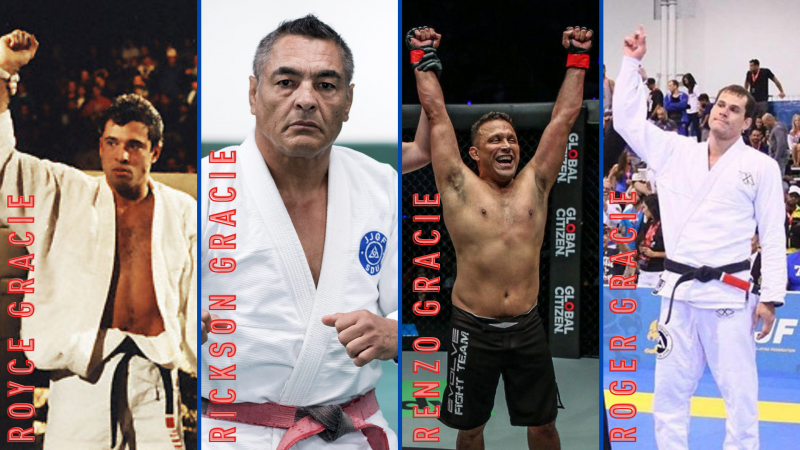 The term Jiu-Jitsu was not used until the 17th Century, after that time it became a blanket term for a wide variety of grappling-related disciplines. Jiu-Jitsu can be traced back o many places, and it is difficult to pinpoint exactly where it started. Basic grappling elements can be traced back to places like Greece, China, and Rome, with a lot of evidence and historians pointing to Buddhist monks in India in 2000 B.C. . The Buddhist values of non-violence and deep respect for all life forms led to the development of a self-defense system that aimed to neutralise an aggressor without harming them. It is reasonable to associate this with the origins of Jiu-Jitsu. The expansion of Buddhism throughout the region brought Jiu-Jitsu to China and Japan.

In Japan Jiu-Jitsu developed among the Samurai as an effective way to neutralise an enemy, with striking being ineffective against an armoured opponent. Samurai worked using their attacker’s energy against them, through techniques such as pins, joint locks, and throws. Jiu-Jitsu became the necessary skill for combat survival during this time in Japan. Eventually in the 19th Century, through radical political, cultural, and social transformations, Jiu-Jitsu turned from a reputable art of combat to illegal practice. 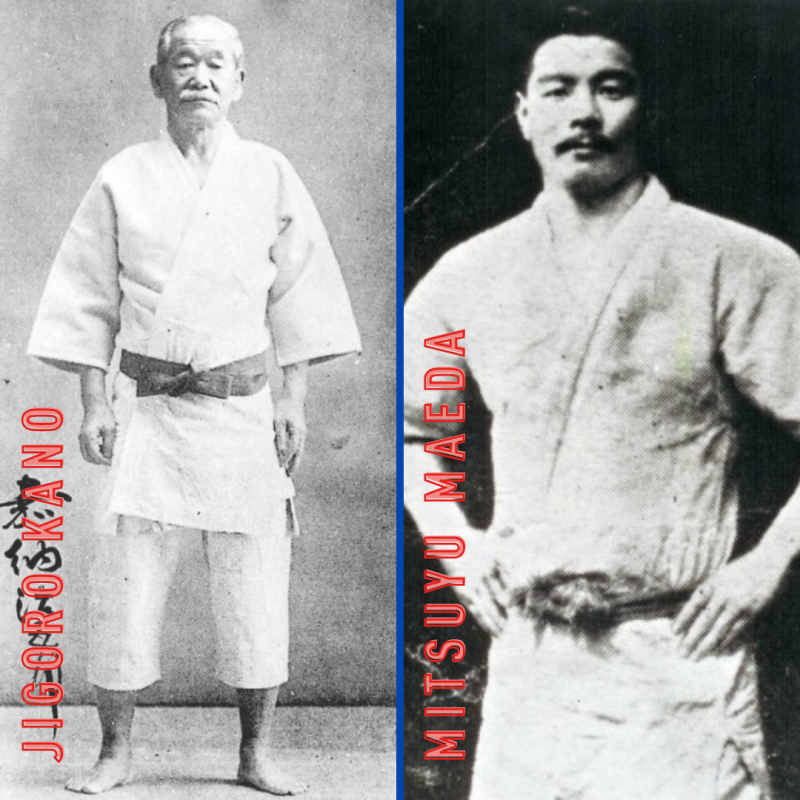 This is where Jigoro Kano stepped in, he was a member of the Japanese Ministry of Culture and Martial Artists. Kano understood how Jiu-Jitsu could be used both in combat and as a powerful educational tool, and wanted it to be used as a way to teach people to embrace a more balanced lifestyle by developing their potential. His vision of this played an essential role in rescuing Jiu-Jitsu’s reputation.

With this in mind, Kano developed Jiu-Jitsu by removing dangerous techniques and adopting new training methods. These methods allowed practitioners to engage in intense training drills with full resistance but in a safe way, what we now know as sparring and live training! This new approach had a significant positive impact on Japanese society and helped Jiu-Jitsu really regain its status. Kano Jiu-Jitsu continued developing and eventually became Judo through the introduction of rules that were brought in to redefine the practice and make it more appealing to spectators as a sport. Through this process, groundwork was minimised through a bias towards takedown techniques which unfortunately led to a decline of Jiu-Jitsu’s most powerful element – the ground fighting.

One of Kanos students, Mitsuyu Maeda (later known as Count Koma), was an above average student of Kano and was sent overseas to help spread Jiu-Jitsu in other countries and cultures, including the US, Central America, and Europe. In 1914 he ended up in Brazil, where he met a young Carlos Gracie. Maeda would promote Jiu-Jitsu through demonstrations, showing people his ability to defeat bigger and stronger opponents. Amazed by one of these demonstrations and in need of some calming down and discipline, Carlos Gracie’s parents took him to learn from one of Maeda’s Jiu-Jitsu programmes.

Training under Maeda gave Carlos Gracie a sense of self-control and self-confidence that he had never felt before. After training with him for 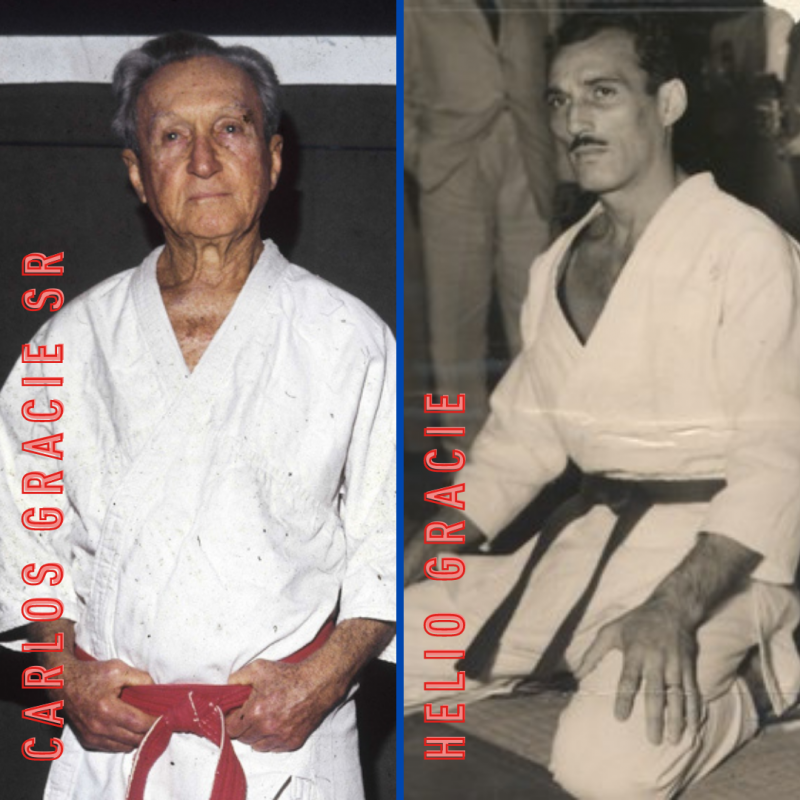 just under 5 years, Carlos Gracie and his family moved to Rio de Janeiro where he had a strong desire to share Jiu-Jitsu as he was missing it so much. At first he attempted to teach Jiu-Jitsu to law enforcement and military personnel, but he eventually opened the first Gracie Brazilian Jiu-Jitsu school in 1925 in his living room where he would be able to teach BJJ to regular people. He taught the martial art to his brothers Oswaldo, Gastão, George, and Helio and engaged them in his grand vision of improving people’s lives by turning Jiu-Jitsu into a national sport.

The Gracie Jiu-Jitsu school became popular because everyone could learn Jiu-Jitsu! It was no longer seen to be only for law enforcement or competitors. The Gracie Brothers were determined to make Jiu-Jitsu accessible to everyone. This combined with the competitive success of the brothers and their students launched Jiu-Jitsu to become one of the most popular sports in Brazil.

In January 1956, Carlos Gracie Jr was born and grew up strongly influenced by his Father (Carlos Gracie Sr), his Uncle (Helio Gracie), and his Brother (Rolls Gracie). Carlos Gracie Jr enjoyed training, teaching, and learning from his family and he was very successful in competition. He eventually ended up teaching at the main Gracie School in downtown Rio de Janeiro for two years before moving to Rolls’ school near the University where he was studying Nutrition Science. He worked as the assistant instructor for 7 years before Rolls died in a hang-gliding accident. The tragedy led to the students and Rolls’ wife asking Carlos to continue the path that his brother began. 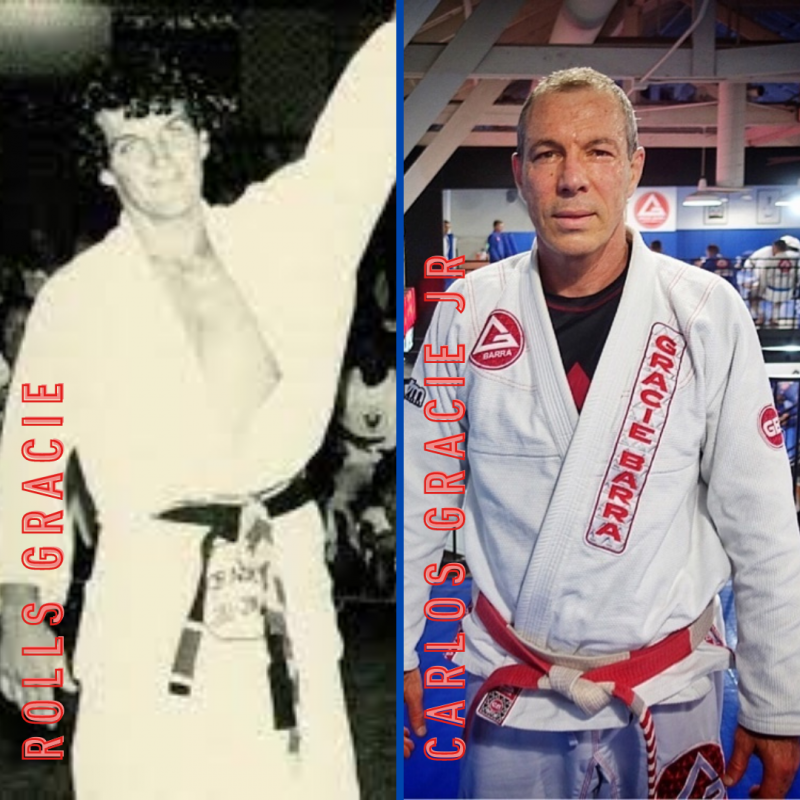 Master Carlos stayed in Copacabana for a few years after the accident before deciding to move to Barra da Tijuca. This is where he founded his own school called Gracie Barra, which would eventually grow to become one of the biggest and most accomplished Jiu-Jitsu teams in the world! There are now over 900 Gracie Barra schools in the world.

With the help of the Gracie’s recognising the need to make it accessible, BJJ continues to grow in popularity and now has an audience ranging from young to old, to hobbyists and competitors. It is truly a sport for everyone! 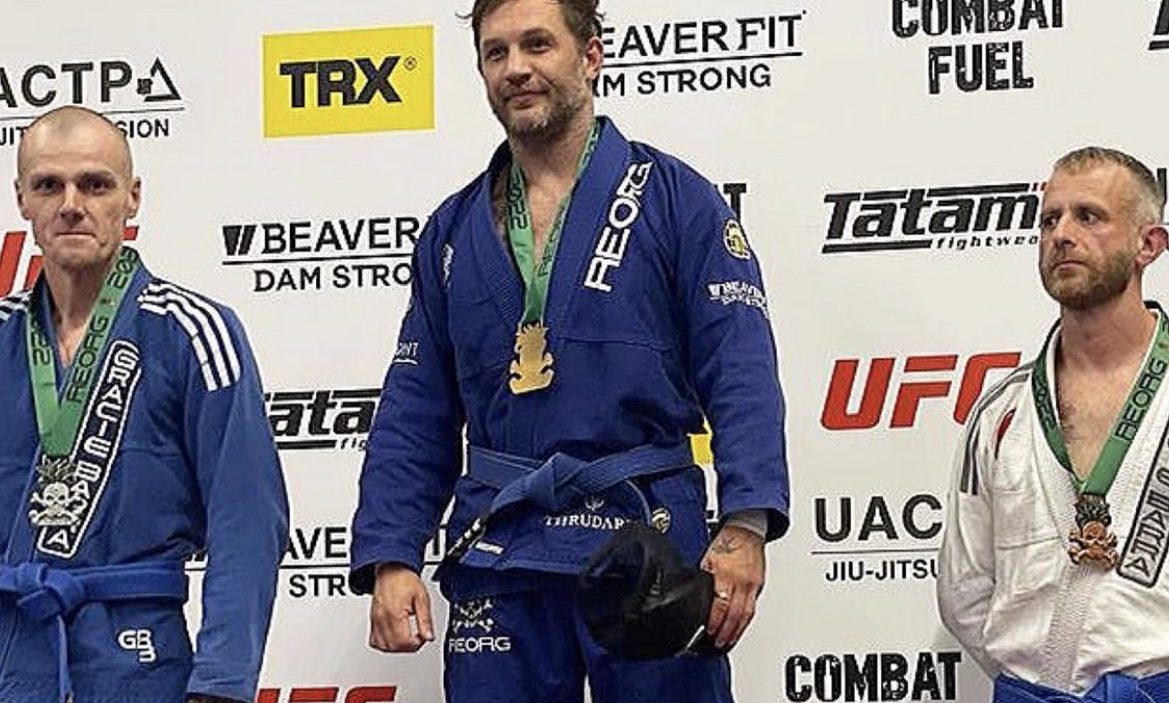 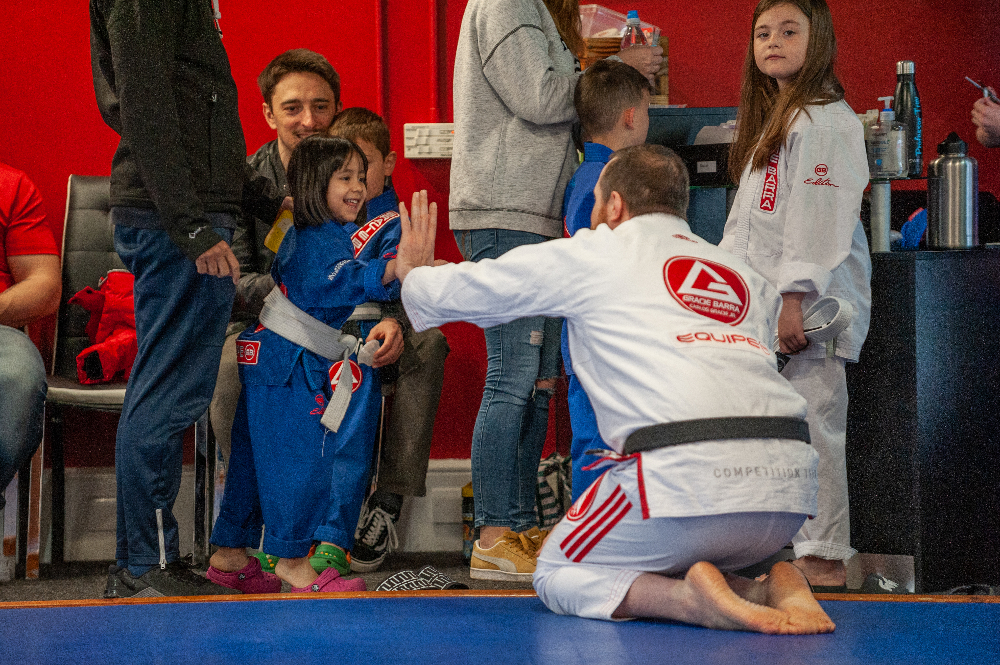 Book your Free Class
or get in touch today